I was going through an old family photo album and found a picture I didn't recall seeing before.  As a young 13-year old SWL this was my first "shack".  The old Philips receiver was an early 60's solid-state unit and I remember that it was supposed to be powered by a dozen D-cell batteries but I had it wired up to an old car battery and a charger.
﻿﻿﻿﻿ 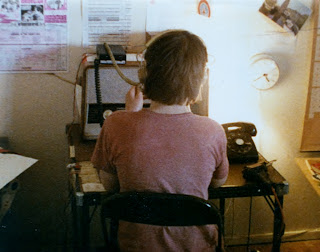 Many happy hours were spent tuning the world and collecting QSL cards from short wave broadcast stations and my walls were decorated with the schedules and posters the broadcasters used to send along with their verifications.

I pursued other interests as a teenager and it wasn't until my late twenties that I became interested in radio again.  A new Yaesu FRG-8800 all-mode receiver quickly led to my amateur license and a second-hand Cubic Astro 151 rig. 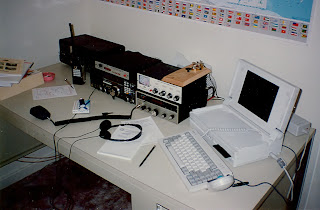 1993 - The or﻿iginal ham shack. I spent a lot of time making digital contacts on AMTOR and the new (then) PACTOR mode.

A couple of years later I moved to a new QTH and upgraded to a Yaesu FT-767GX with the 6m/2m/70cm option modules.  I also modified my FRG-8800 receiver with a 70cm downconverter and the factory 2m option module and worked the world via the AO-13 satellite.  It was still a few years before cell phones, the internet, and text messaging and visitors to the shack were wowed by the amazing communications abilities via HF digital modes, intercontinental contacts through high-orbit satellites, and global messaging via LEO store-and-forward packet satellites. 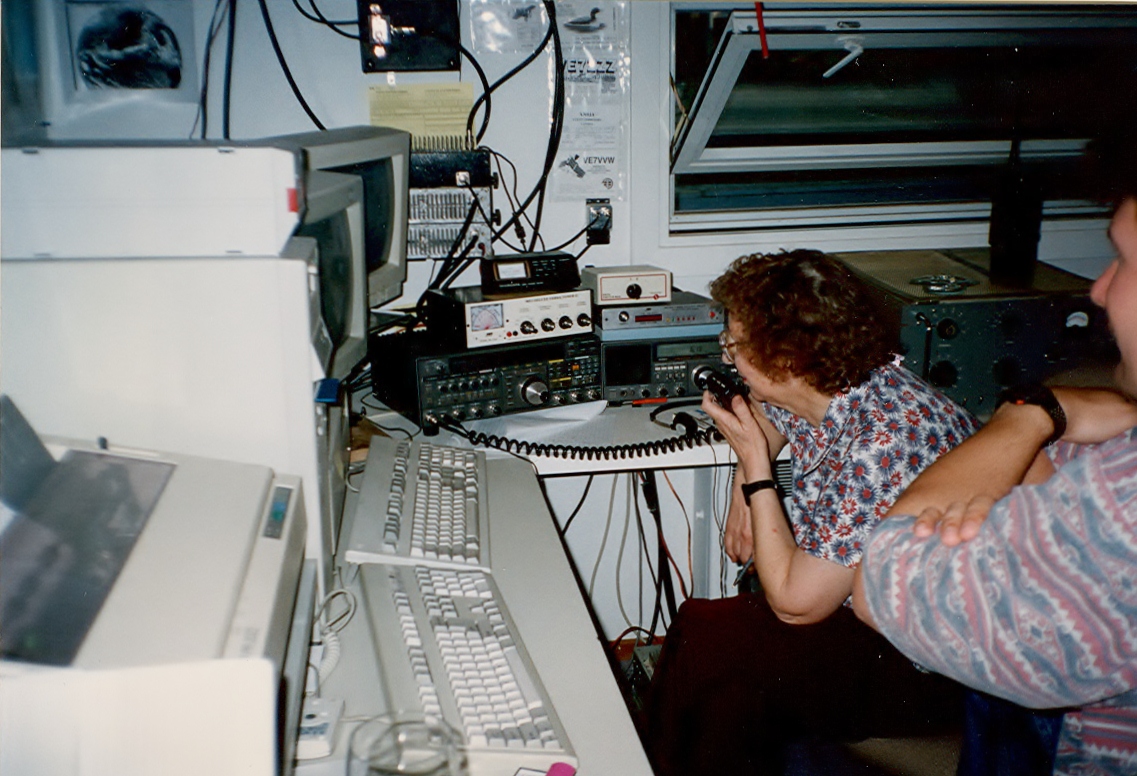 Life goes on and when I started a new family and a new career ham radio fell by the wayside.  The equipment was disassembled, the shack converted to a children's room and there was very little free time left over for hobbies.  It would be another ten years before I was finally able to get back on the air.  This time I built the shack in a portable trailer so I could relocate it at will.  A new Kenwood TS-2000 replaced the old radios and new soundcard modes in software replaced the TNC's and dedicated computers.  Now, all the station functions were on a single PC and a single radio. 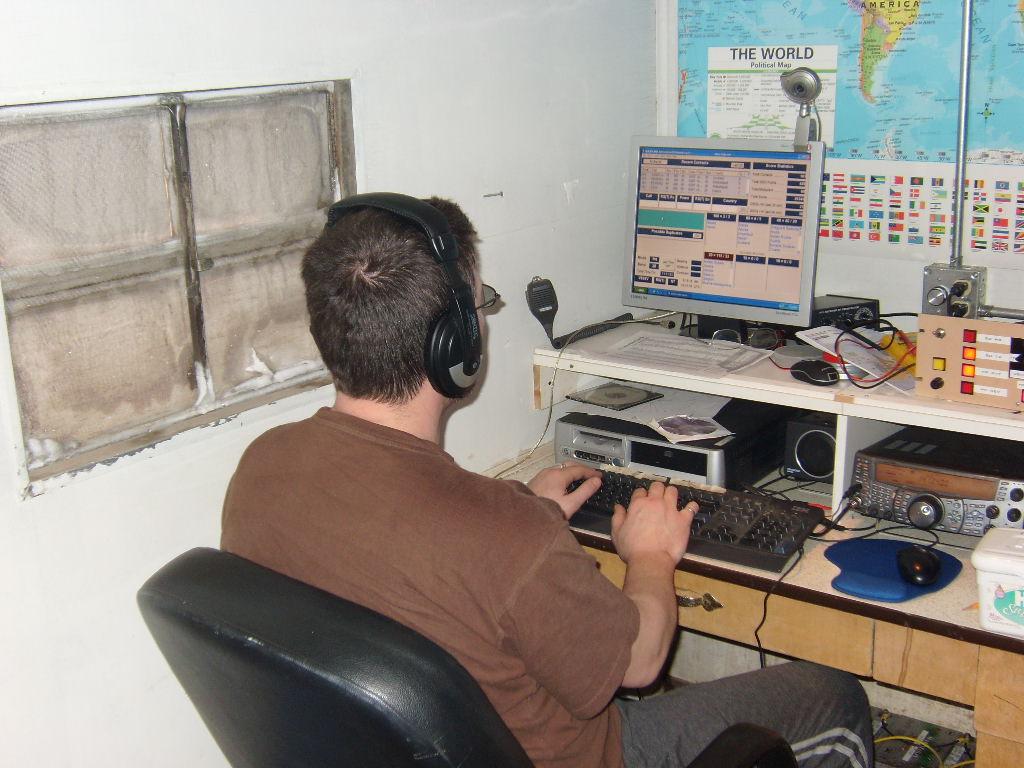 The first time I ever saw an HP TouchSmart computer I knew I wanted one for the shack.  I had been contemplating a rack mount console arrangement for a long time and the touchscreen was finally the motivation to build it.  Both sides of console tilt forward for easy access to all the cabling in the back while all the controls are within easy reach.  A wireless mouse and keyboard keep the number of exposed wires to a bare minumum. 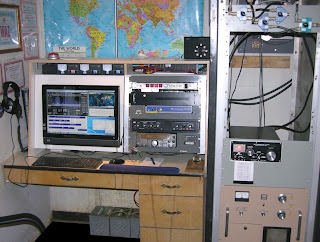 Having used the new console layout for over a year now, I find it to be completely satisfactory in all respects.  I expect the layout will remain essentially the same for the foreseeable future and new efforts will all be focused on towers and antennas.  That will be a good topic for a future posting :)